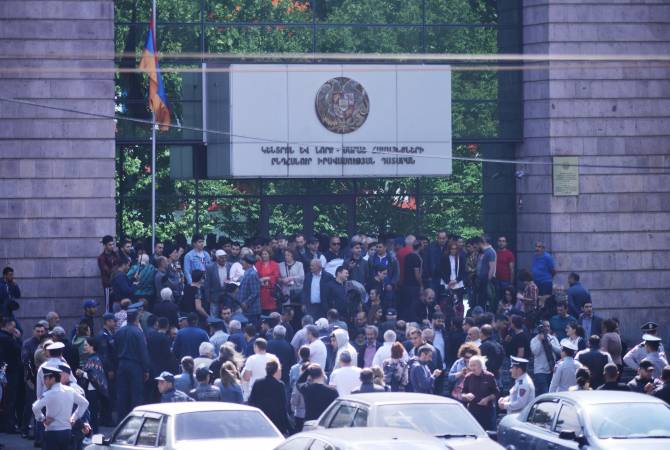 
YEREVAN, MAY 20, ARMENPRESS. Judges and staffers of courthouses across Armenia are unable to enter their offices as citizens have blocked the entrances to the buildings.

Outside the Constitutional Court building in downtown Yerevan, protesters blocked a man, who introduced himself as an accountant, from entering the building.

At the Shendavit District Courthouse of General Jurisdiction, Judge Davit Balayan attempted to enter the building through the ground floor window, only to be pushed aside by protesters. He even briefly appeared on the ground.

On May 19th, Prime Minister Nikol Pashinyan called on supporters to gather outside courthouses early Monday morning and block the entrances. He call came one day after ex-President Robert Kocharyan was freed from custody pending trial.