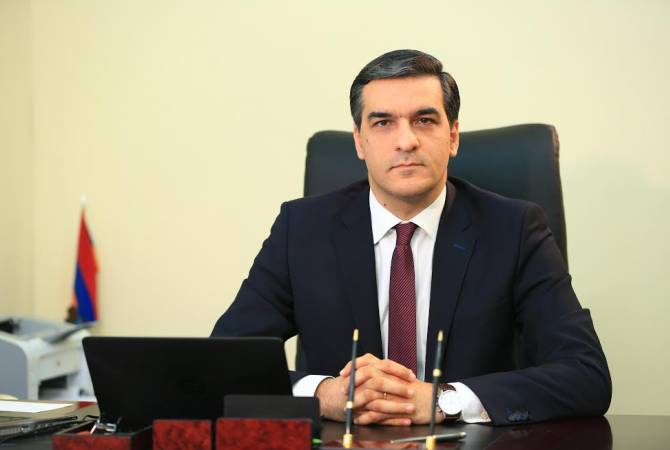 
YEREVAN, MAY 20, ARMENPRESS. Human Rights Defender (Ombudsman) of Armenia Arman Tatoyan has issued a statement regarding the Prime Minister’s call for protests against courts, rebuking the move.

“The Human Rights Defender finds it necessary to address the Armenian Prime Minister’s call on blocking the entrances and exits of all courthouses of the country, noting:

In a lengthy statement released shortly before midnight April 19, Tatoyan highlighted the separation of powers, and emphasized that all officials “are unconditionally bound to respectfully treat one another and be guided solely by the imperative and limits reserved to them by their status”.

“Any interference in the activities of courts and their serving of justice in Armenia is banned”, he said.

Tatoyan, however, did admit that problems exist in Armenia’s judiciary, “including related to external and internal independence of courts, the low trust of citizens for courts, full guarantees of free trials”.

He said that based on received complaints, there are even some judges who are damaging the judiciary’s reputation with their conduct.

The Ombudsman emphasized that the solution of the problems should be reached exclusively through lawful methods, and called for guaranteeing the “high value of judicial independence” during the process.

“Therefore, the Armenian Prime Minister’s call or statement regarding blocking the entrances and exits of all courthouses in the republic and not allowing anyone to enter the courts, is highly dangerous for the security and stability of the country’s legal system”, Tatoyan said.

He addressed all governmental officials, “strictly demanding to immediately halt the calls or demands to block the entrances and exits of courts”. “You are obliged to carry out exclusively those functions that are reserved by the Constitution, the law or other legal acts. You have a concrete legal status and you are restricted with this status. Any deviation can lead to accountability. I am asking all citizens of Armenia to refrain from actions of blocking the courthouses – any kind of tension must be ruled out. Social media monitoring proves that citizens are demonstrating high intolerance against each other, are insulting and threatening one another,” Tatoyan said, calling for discussions of all issues in conditions of mutual tolerance and solidarity, and respect to the rule of law.

He said his office will be working from early morning to monitor the situation.