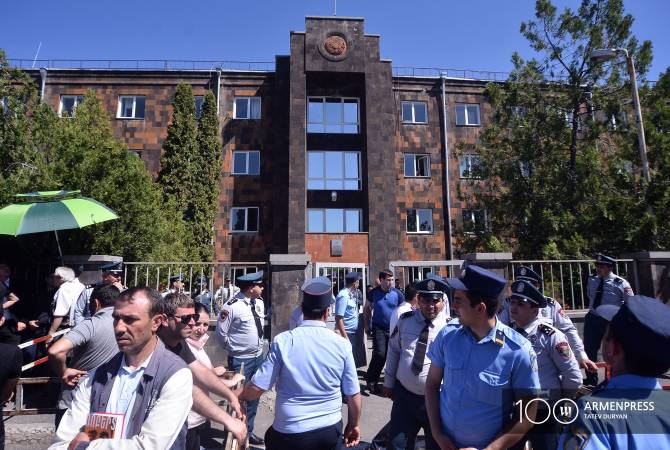 
YEREVAN, MAY 18, ARMENPRESS. Rival demonstrations numbering around 200 people are underway outside a Yerevan courthouse as the court is expected to deliver a decision whether ex-President Robert Kocharyan will be freed from jail amid the ongoing trial into the deadly 2008 post-presidential election unrest.

The decision is expected to be delivered at 16:00, but both supporters and protesters of Kocharyan have gathered outside the courthouse since morning. Supporters want the ex-president released, while protesters are chanting “life imprisonment”.

Heavy police presence is seen outside the court building.

On May 16, Artsakh’s President Bako Sahakyan and former President Arkady Ghukasyan personally arrived at the Yerevan court to vouch for the release of Kocharyan, who also served as President of Artsakh in the early 90s. The court adjourned to examine the personal guarantees.

At the time the court announced the verdict, Kocharyan turned himself in to authorities.