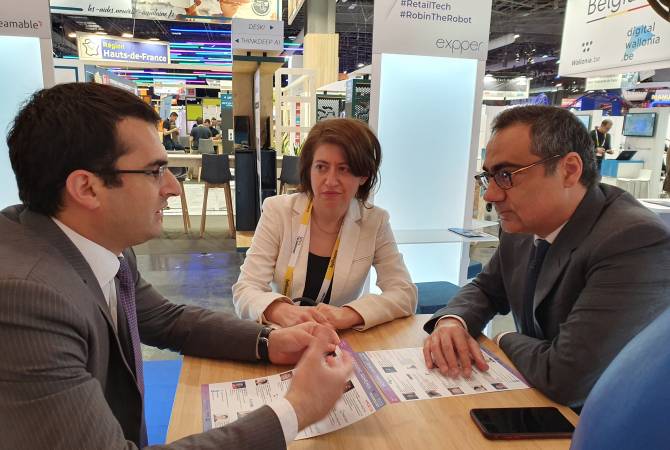 The meeting was also attended by Armenia’s Ambassador to France Hasmik Tolmajyan.

Minister Arshakyan introduced Robert Vassoyan on the Armenian government’s policy in technology field and the ongoing actions on this path. The minister informed that Armenia has a new ministry of High Technological Industry and presented the structural changes as a result of which the field of high technologies will develop in Armenia.

In his turn Robert Vassoyan highlighted the efforts of the Armenian authorities aimed at technological development and touched upon Armenia’s potential in the field of high technologies. He said he visited Armenia few years ago and is impressed with the Armenian talents, adding that the Armenian companies of the technological field can compare themselves with the world’s leading companies that operate in China, India, US and Silicon Valley. He also expressed readiness to cooperate, contribute to the development of Armenia’s technological sector and assist the government’s all projects.

Minister Hakob Arshakyan thanked for the proposal to support and cooperate and invited Robert Vassoyan to take part in the World Congress on Information Technology (WCIT-2019) which will take place in Yerevan on October 6-9.