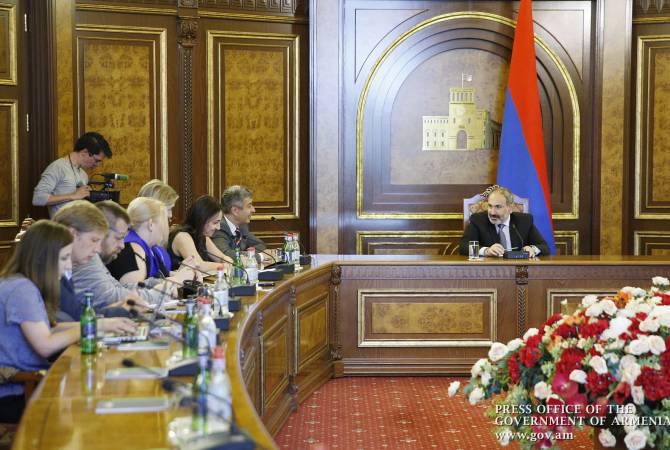 
YEREVAN, MAY 17, ARMENPRESS. Prime Minister of Armenia Nikol Pashinyan has expressed concern that the possible escalation of situation in Nagorno Karabakh conflict zone can become a good opportunity for radical Islamists to re-locate in Azerbaijan, ARMENPRESS reports Pashinyan told in an interview with Russian reporters.

According to the Armenian PM, following the defeat of the “Islamic State” in Syria and Iraq, the radical Islamists are seeking new places to realize their potential.

“Azerbaijan is a very convenient place that allows them to operate in the directions of Iran, South Caucasus bordering Russia and Central Asia”, Pashinyan said.

PM Pashinyan noted that due to this factor the next possible escalation of Nagorno Karabakh conflict will no longer be a local one, adding that not only in Yerevan people understand this, but also in Moscow, Baku and Tehran.

Emphasizing the importance of South Caucasus for Moscow, Pashinyan expressed confidence that Moscow is interested in the settlement of Nagorno Karabakh conflict and will become the guarantor of that the settlement takes place only through peaceful means. According to him, Russia has all the necessary levers that can prevent new escalations.

“I cannot believe that when there is the necessity, the Russians will not use those levers”, he said.