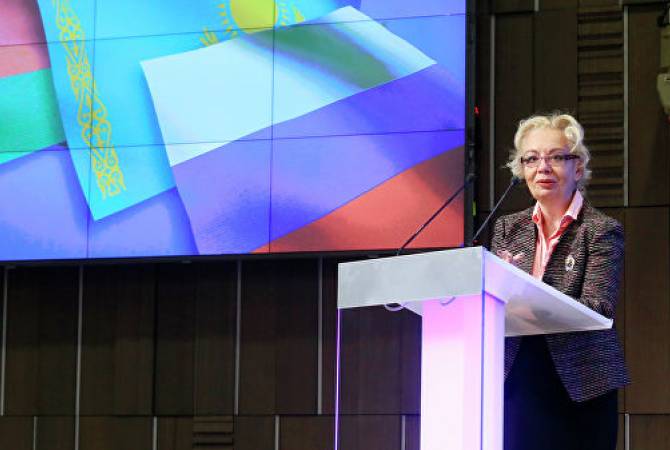 “Undoubtedly, we need to study the European experience, including learning lessons from its mistakes and understand with what we differ from each other. Now we do not see a necessity to introduce a single currency in the EAEU, it will not bring any economic benefit to us for now”, she said, adding that “now it’s necessary to strengthen the mutual cooperation in monetary and macroeconomic fields.

“When we talk about currency, monetary calculations, the number one issue is the expansion of national currencies”, the EEC minister noted.

Last year in December Russian deputy finance minister Alexei Moiseev told media outlets that a single currency can be introduced in the EAEU.