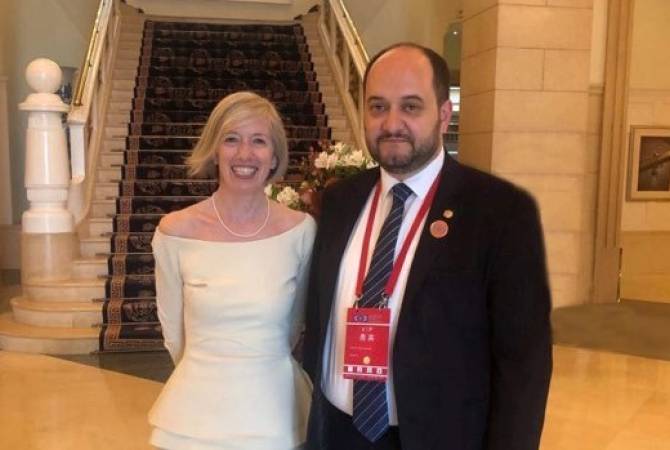 The meeting took place on the sidelines of the International Conference on Artificial Intelligence and Education in Beijing.

During the meeting the sides discussed a number of issues relating to the cooperation with UNESCO. Minister Arayik Harutyunyan praised the fact that the cooperation between the sides in the past year has been at the highest level, the evidence of which is the meeting of the technical cooperation group for 4 directions of the Sustainable Development Goals which will be held in Yerevan in August 2019. The minister informed that currently the education development strategy is developed in Armenia, and the subjective criteria are being revised, for which the UNESCO’s expert support is needed.

Stefania Giannini welcomed the ongoing changes in Armenia’s education system, which sometimes are in accordance with the UNESCO priorities. She informed that they are ready to cooperate with their Armenian partners in a number of directions.