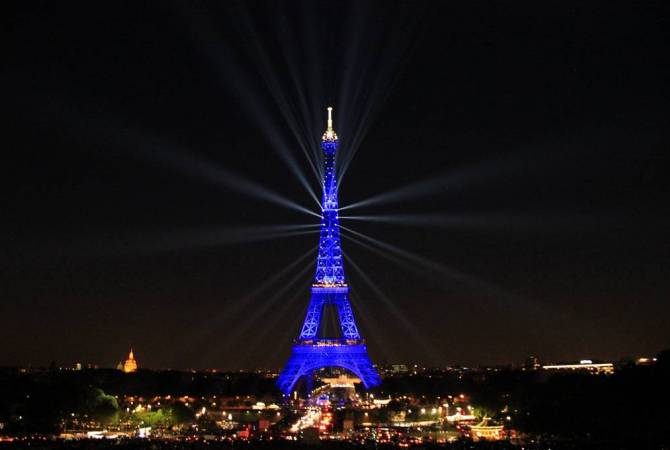 
YEREVAN, MAY 16, ARMENPRESS. Paris is celebrating the 130th anniversary of the Eiffel Tower with laser light show retracing the monument’s history, France 24 reported.

A 12-minute laser light show recounting the history of the tower will play across the Iron Lady's facade through Friday to mark 130 years since the tower opened to the public after being built for the 1889 World’s Fair.

Paris Mayor Anne Hidalgo tasked to organize free tours for 1300 school children from 6 to 12 age groups in the Tower.

The Eiffel Tower is one of the most famous sites in the world, hosting around 6 million visitors every year.