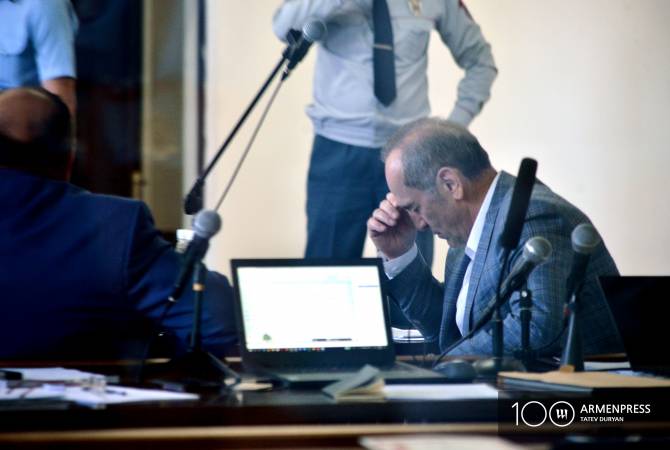 
YEREVAN, MAY 15, ARMENPRESS. The trial of 2nd President of Armenia Robert Kocharyan has been postponed. ARMENPRESS reports the court of 1st instance of Yerevan decided to continue the session on May 16 at 11:00.

Prosecutor General Arthur Davtyan was seated on the prosecution’s side in court.

Kocharyan’s youngest son Levon was seated in the fully-packed gallery.