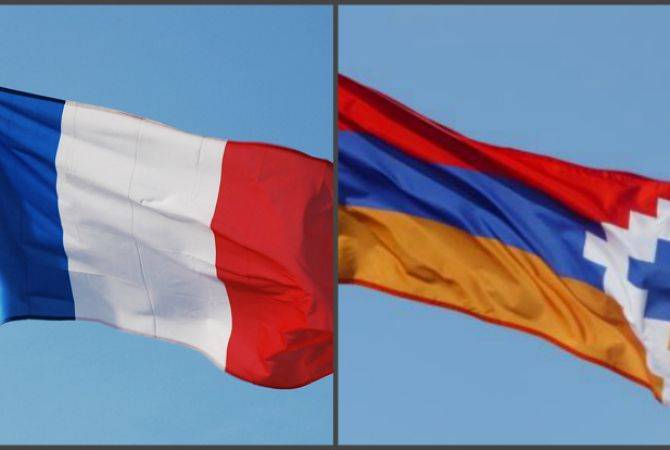 
STEPANAKERT, MAY 15, ARMENPRESS. On May 13 the France-Artsakh Friendship Circle issued a statement on the occasion of the 25th anniversary of the Agreement on the full cessation of fire and hostilities, the foreign ministry of Artsakh told Armenpress.

The document, in particular, notes that after the war, which lasted 4 years and claimed 30,000 lives, the peace in the Azerbaijan-Karabakh conflict zone, though fragile, became the main achievement gained thanks to the Ceasefire Agreement signed by Armenia, Azerbaijan and Artsakh on May 12, 1994.

The statement also underlines that the France-Artsakh Friendship Circle appreciates the ceasefire in the conflict zone that has been lasting for a quarter of a century and calls for the signing of a trilateral Agreement on lasting peace.

“Peace is always welcomed, and in this context, it is important to note that the Republic of Artsakh, which has been existing for over a quarter of a century in the conditions of conflict with Azerbaijan, is the main guarantor of the right to life of the people of Artsakh. Final peace is not achieved, as the armed confrontation is still underway. However, there is relative peace established thanks to the only trilateral Agreement signed also by Artsakh”, said Chairman of the France-Artsakh Friendship Circle Gui Tessier.

Touching upon the current tension on the Line of Contact between the armed forces of Artsakh and Azerbaijan, he noted that the victims on both sides are a tragedy for the families and societies, adding that the tension hinders the development of the region. “The positive role of the Ceasefire Agreement convincingly proves that for the achievement of considerable progress in the negotiation process it should involve all the parties to the conflict. Considering this fact, France should contribute to the return of the Republic of Artsakh to the negotiation table for increasing the opportunities for the achievement of progress”, stressed the Chairman of the France-Artsakh Friendship Circle.