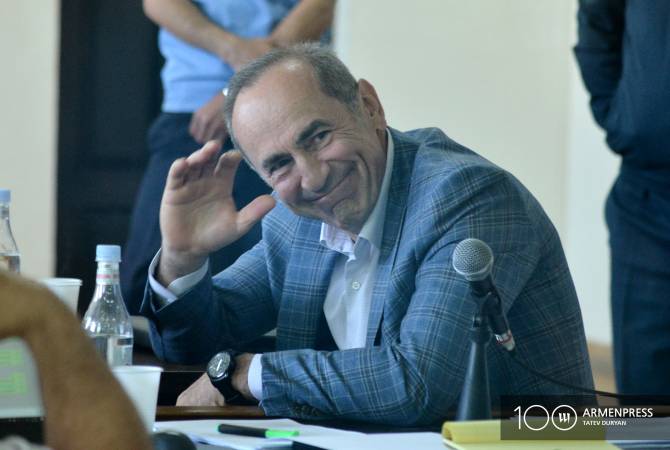 
YEREVAN, MAY 15, ARMENPRESS. The trial of former President of Armenia Robert Kocharyan and other ex-officials over the 2008 March 1 case has kicked off today.

In line with this, demonstrations continue outside the courthouse. Police forces control the situation. On one side are Kocharyan’s supporters, while on the other side are protesters.

The court hearing will continue examining whether the detention of the 2nd President of Armenia is justified or not.