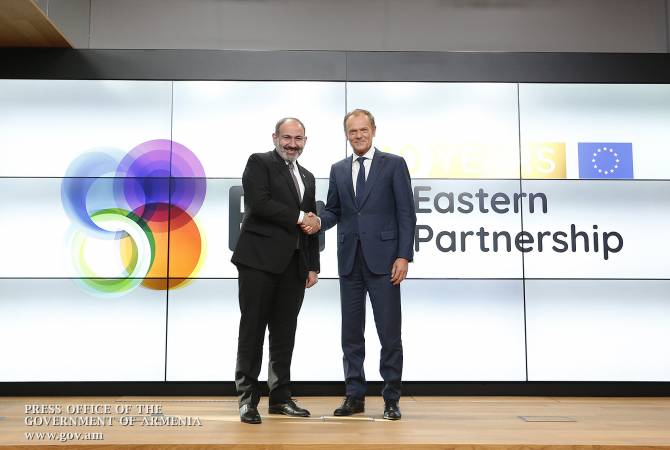 
YEREVAN, MAY 14, ARMENPRESS. Prime Minister of Armenia Nikol Pashinyan has arrived in Brussels on a working visit. The head of the Armenian government visited the headquarters of the European Council, where he was welcomed by European Council President Donald Tusk, the PM’s Office told Armenpress.

The leaders of Eastern Partnership-member nations, including Prime Minister Nikol Pashinyan, as well as the above-mentioned high-ranking officials addressed the event with greeting remarks. They touched upon the programs implemented on the margins of the Eastern Partnership over the past 10 years, as well as on the forthcoming actions and initiatives.