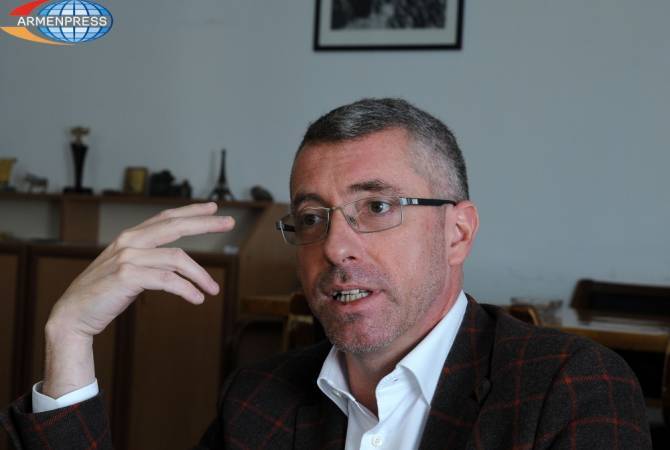 
YEREVAN, MAY 13, ARMENPRESS. The people of Artsakh have been able to implement their right of deciding their own fate by their democratic institutes and the social life improving day by day, which is not so in neighboring Azerbaijan, Chairman of Friendship Group of the European Parliament with Artsakh Frank Engel said in a video message dedicated to the 25th anniversary of the agreement on ceasefire between Azerbaijan, Artsakh and Armenia.

As ARMENPRESS was informed from the press service of the Foreign Ministry of Artsakh, Frank Engel said, “25 years ago the weapons silenced and ceasefire regime was established in the South Caucasus. Artsakh doubled its territories following the senseless war waged by the neighboring country – a country that up till now does not accept its mistake, and it does not accept its mistake to a extent that declares international manhunt against people like me”, he said, adding that the reason of persecution is just visiting Artsakh.

Speaking about the ceasefire, Frank Engel expressed satisfaction that the ceasefire is respected. He also hoped that Karabakh issued will be solved through political means. “Now we can only hope that there will be no major violence over Karabakh”, Frank Engel said, wishing the people of Artsakh to continue its path of peace and self-determination. “I believed in that years ago and continue to believe today. I wish all of you peaceful future. I think this is the best thing we should believe in and strive for”, Frank Engel concluded.