US Secretary of State to visit Moscow, Sochi on May 12-14 | ARMENPRESS Armenian News Agency

US Secretary of State to visit Moscow, Sochi on May 12-14 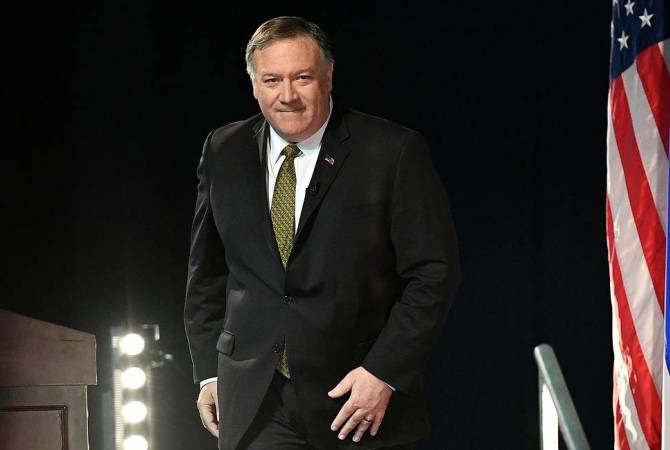 
YEREVAN, MAY 10, ARMENPRESS. US Secretary of State Mike Pompeo will depart for Moscow on May 12 and later for Sochi where he will hold talks with Russian foreign minister Sergey Lavrov on May 14, the State Department said in a statement, TASS reports.

“Secretary Pompeo will travel to Sochi, Russia on May 14 to meet with Russian Foreign Minister Sergey Lavrov and President Vladimir Putin to discuss the full range of bilateral and multilateral challenges”, the US Department of State said.

“On May 13, he will arrive in Russia to meet with his team at U.S. Embassy Moscow before meeting with UUS business leaders and UUS exchange alumni. Secretary Pompeo will lay a wreath at the Tomb of the Unknown Soldier”, the statement added.

The Russian foreign ministry earlier said in a statement that Lavrov and Pompeo were expected to discuss bilateral relations, as well as the situations in Venezuela, Syria and Ukraine. The parties agreed to meet in Sochi during talks held on the sidelines of the Arctic Council’s session in Finland’s Rovaniemi on May 6.

The Kremlin did not rule out that Russian President Vladimir Putin would receive Pompeo.