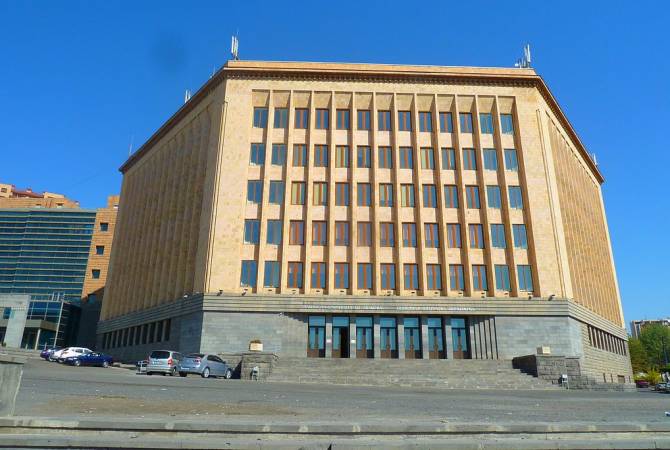 
YEREVAN, MAY 10, ARMENPRESS. Dr. Karin Markides has been appointed new President of the American University of Armenia (AUA) and will assume office on July 1, 2019, the AUA told Armenpress.

With an impressive resume that includes lecturing at Stanford University as a guest professor, Dr. Markides completed her doctorate at Stockholm University in 1984, after which she started her research career at Brigham Young University in Utah as a postdoctoral fellow, then as a research assistant and associate director. In May 1990, she returned to Sweden as a Chair Professor and Dean of Chemistry and Chemical Engineering at Uppsala University. Fourteen years later, in May 2004, she became Vice Director General of Vinnova, the Swedish innovation agency. Subsequently, Dr. Markides was selected as President of Chalmers University of Technology and, since 2015, she serves as the Chair of the Scientific Council for Sustainable Development under the Swedish government.

Dr. Markides’s fascination with Armenia grew deeper as she talked about its unique geopolitical location.

“Armenia’s position – the intersection where East meets West – can be an asset if the bright brains from neighboring countries become increasingly attracted to Armenia as a nexus where cultures and minds meet. I think these meeting places can attract many people, whether from Europe, Russia, China, and elsewhere for planned and unplanned interactions and true impact”, she said.

As far as her vision for AUA and its role in Armenia, Dr. Markides remarked that she would like to see AUA play an even larger role in the transformation of the country, inviting higher education, private and public sectors to enable transformative impact in areas of high potential and emerging challenges. In these sectors, AUA would develop people’s skills for transformative co-creation and connect the urban and rural areas of the country, also attracting greater attention from the international community. Her experience working with innovation and technologies is something she plans to bring to AUA.

Founded in 1991, the American University of Armenia (AUA) is a private, independent university located in Yerevan, Armenia, and affiliated with the University of California. AUA provides a global education in Armenia and the region, offering high-quality graduate and undergraduate studies, encouraging civic engagement, and promoting public service and democratic values.