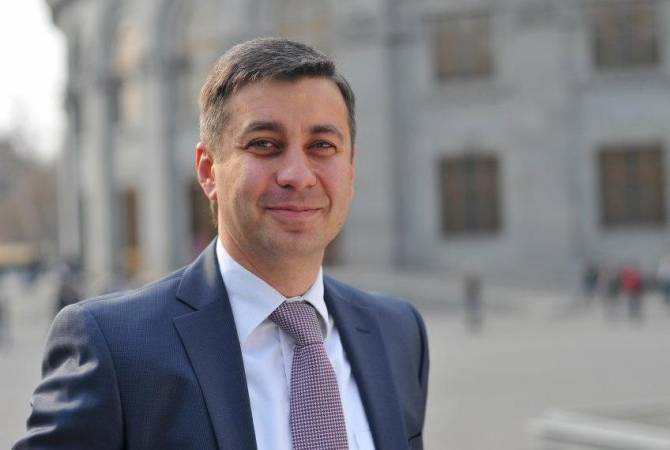 Balasanyan had argued that the Armenian government should’ve “respected” President Bako Sahakyan and ex-President Arkady Ghukasyan’s petition on releasing Kocharyan from custody. Balasanyan made the comments during Victory Day celebrations in Stepanakert.

“It is strange to hear these kind of statements from a high-ranking Artsakh official. A government official of this rank should’ve maintained the necessary restraint, I believe. Also, if I’m not mistaken, in the last several years when Robert Kocharyan was free, he wasn’t seen in victory parades at all. Perhaps this is connected with the fact that by being among the wealthy who he himself claims don’t even make up 0,5% of the Armenian population, while according to some media reports even a billionaire, he hasn’t made any investments in his homeland of Artsakh. Instead of promoting investments during these years, he is making unnecessary statements,” Karapetyan said in response to Balasanyan’s statement.

On May 7, President of Artsakh Bako Sahakyan and former President of the country Arkady Ghukasyan petitioned to Armenia’s Prosecutor General Arthur Davtyan to release ex-President Robert Kocharyan ahead of May 9, the Victory Day and Shushi Liberation Day.

Armenia’s Prosecutor General responded shortly, noting that the petition is misaddressed and the prosecution has no authority on the matter since the case is already in court.

Then, at a press conference on May 8, Prime Minister Nikol Pashinyan reiterated the Prosecutor General’s response.

Robert Kocharyan is charged with ‘overthrowing constitutional order’ during the 2008 post-election unrest in Yerevan, Armenia when clashes between security forces and protesters left 10 people dead, including two security officers, during his final days as President of Armenia. Kocharyan is also charged with bribery and is currently jailed.