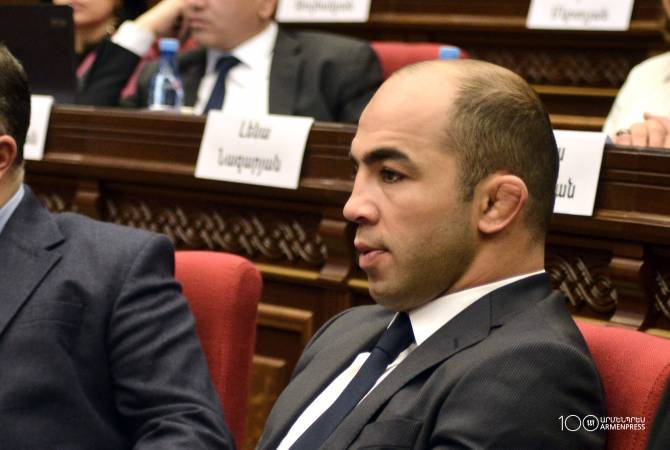 
YEREVAN, MAY 6, ARMENPRESS. Member of Parliament Arsen Julfalakyan, the Greco-Roman wrestler and Olympic silver medalist, has denied media reports alleging that he and his father physically assaulted a man in Yerevan. The victim, according to media reports, is a Sergei Mkhitaryan.

“There has not been any fight or physical violence by me or certainly Levon Julfalakyan. Sergei Mkhitaryan is a co-owner with us of a café and we met yesterday to discuss business, which proceeded in a bit more tense atmosphere than usual. He fell sick during the conversation (later on a nurse said it was his blood pressure…), we called an ambulance and he was hospitalized.

Afterwards, upon learning of the statement that he has made, we voluntarily went to a police station to clarify the reasons of this behavior and why it was done,” he said on Facebook.

“Those who know me know that I am totally against violence,” he added.

The citizen, Sergei Mkhitaryan, has filed a report to police that Julfalakyan and his father physically assaulted him. Police have launched proceedings to validate the report.