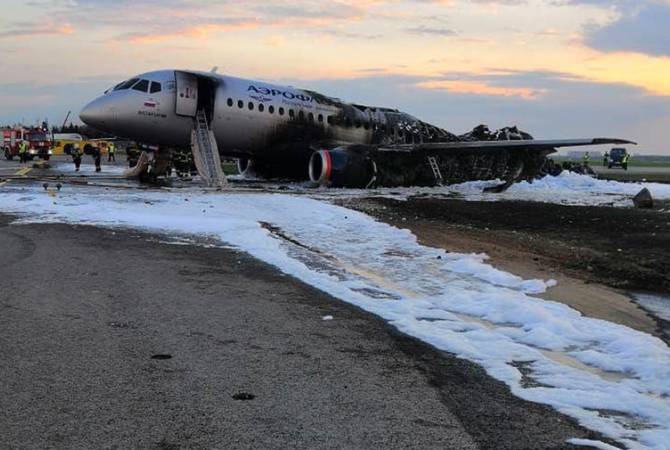 
YEREVAN, MAY 6, ARMENPRESS. Three-day mourning has been declared in Russia’s Murmansk region after a plane crashed in Sheremetyevo airport, killing 41 people, reports TASS.

As reported on the website of the regional government, “by decision of the acting governor of the Murmansk region, Andrei Chibis, May 6, 7 and 8 were declared days of mourning following the tragedy at Sheremetyevo airport”.

Aeroflot’s Sukhoi Superjet 100 passenger plane (flight SU-1492) with 73 passengers and five crewmembers onboard that was bound for Murmansk caught fire after emergency landing at Sheremetyevo shortly after the takeoff on Sunday.

According to the latest data, 37 people survived, 41 people died.

A criminal case has been initiated on the fact of the emergency landing and the fire under part 2 of Article 263 of the Criminal Code of the Russian Federation (Violation of the Rules for Traffic Safety and Operation of the Railway, Air, or Water Transportation Systems that caused death of two or more persons).