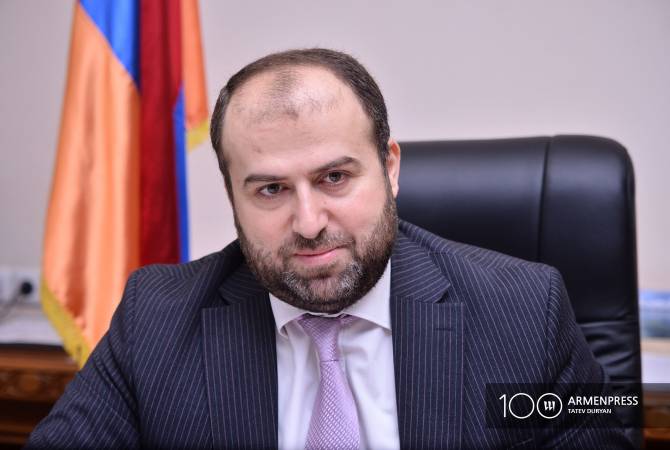 After the signing ceremony of the Memorandum, Armenian minister of nature protection Erik Grigoryan, who is in Beijing in order to attend the Belt and Road Forum on International Cooperation, told ARMENPRESS correspondent that the MoU will serve a base for the further subjective cooperation.

The MoU has been signed between the Armenian ministry of nature protection and the Chinese ministry of ecology and environment.

“We have a program proposal within the framework of the document which supposes conducting forest restoration works. China has a good experience in the forest restoration works in degraded lands by the use of new technologies is desert and semi-desert zones. We have proposed to carry out a similar pilot program in Armenia”, minister Grigoryan said.

He informed that the next cooperation direction is the monitoring of environment which will completely change this system in Armenia. “Previously, the monitoring of environment in Armenia was distributed between different agencies: some was under the jurisdiction of the agriculture ministry, and the others under the ministry of emergency situations. But now, based on the decision of the government, the Hydrometeorology Service will join the nature protection ministry, and a single monitoring system will be formed. I think here as well we have a great cooperation framework with China”, the minister said.

He also proposed his Chinese partners to provide certain assistance to the development of ecotourism in Armenia. “During my meeting with the Chinese minister of ecology and environment we stated that we consider priority the cooperation within the frames of knowledge, technologies and capacity, rather than the standard financial aid, because even if there are right decisions, financial means, which are not based on knowledge, will not be used effectively”, the minister said, adding that the Armenian and Chinese teams worked very quickly for the MoU to be ready for signing.