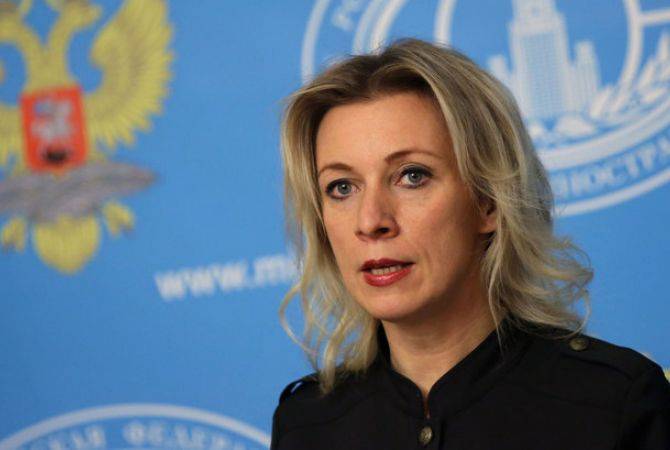 “We will try to justify Mr. Greminger’s hopes over this issue”, ARMENPRESS reports Zakharova answered the question of a journalist, commenting on the announcement of Greminger that Russia will use its influence for the settlement of NK conflict, in order to bring the day of peace closer.

Maria Zakharova noted that she has no detailed information whether Lavrov and Greminger have agreed to support the humanitarian acts, over which the conflicting sides reached an agreement during the Vienna meeting.

Sergey Lavrov and Thomas Greminger also exchanged views on the role of the OSCE for the settlement of Nagorno Karabakh conflict.