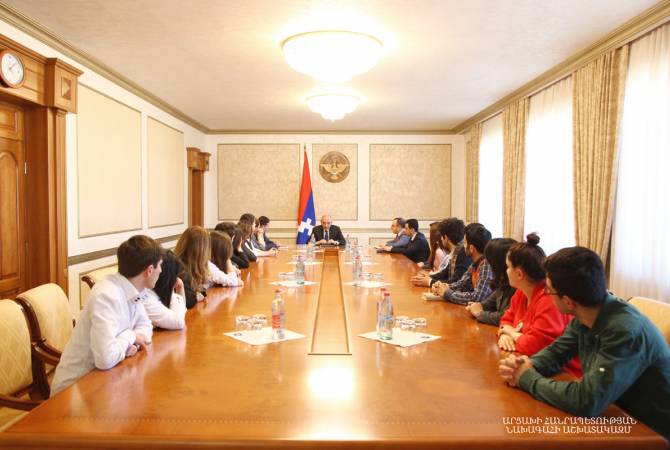 Issues related to the theater and republic's theatrical life were on the discussion agenda.

The President noted with satisfaction that a group of talented young actors has already been formed in Artsakh, considering it among the important foundations of the theater's future.