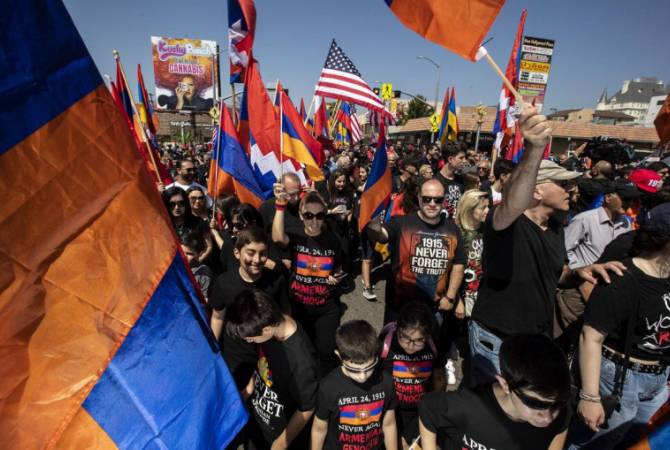 
YEREVAN, APRIL 25, ARMENPRESS. Tens of thousands of Armenian-Americans were gathered in front of the Turkish Consulate in Los Angeles and later in Hollywood on April 24 to protest and to demand justice for the victims of the Armenian Genocide.

A large number of young people, students, religious and party representatives, as well as local politicians were present at the event organized by the Armenian Genocide Commemoration Committee, Massis Post reported.

Los Angeles Mayor Eric Garcetti was in attendance, who during remarks took out the Armenian tricolor from his pocket and put it around his neck.

Other keynote speakers were Los Angeles area representatives in the US Congress Brad Sherman and Adam Schiff. Both congressmen spoke about the importance of the recognition of the Armenian Genocide by the US Congress and the president.