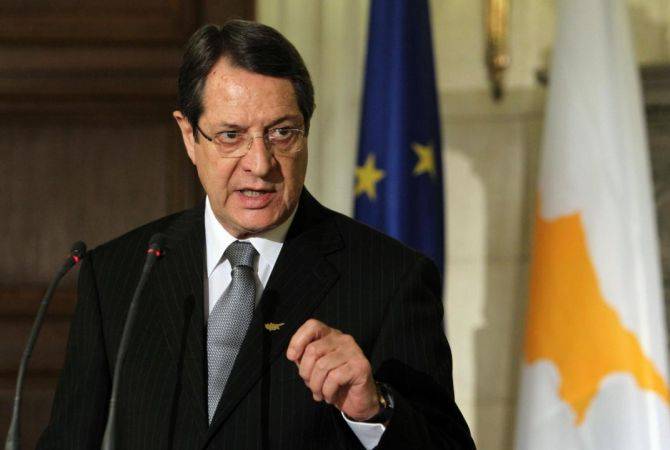 
YEREVAN, APRIL 25, ARMENPRESS. Cyprus supports the efforts of Armenia for the international recognition of Genocide, Cypriot President Nicos Anastasiades said in a statement made on the 104th anniversary of the Armenian Genocide, reports Financial Mirror.

In the statement the Cypriot President and government condemn this appalling crime against the Armenian people, describing it as a stain in the history of mankind.

Nicos Anastasiades stated that Cyprus supports the efforts of Armenia for the international recognition of the Armenian Genocide, adding that Cyprus is the first in Europe and the second in the world that recognized this terrible crime and asks for the establishment of historical truth.

Addressing the Armenians of Cyprus, President Anastasiades states that they had a great contribution to the progress they have achieved together in the common homeland. “Our co-existence is an example for the whole world”, the statement said.