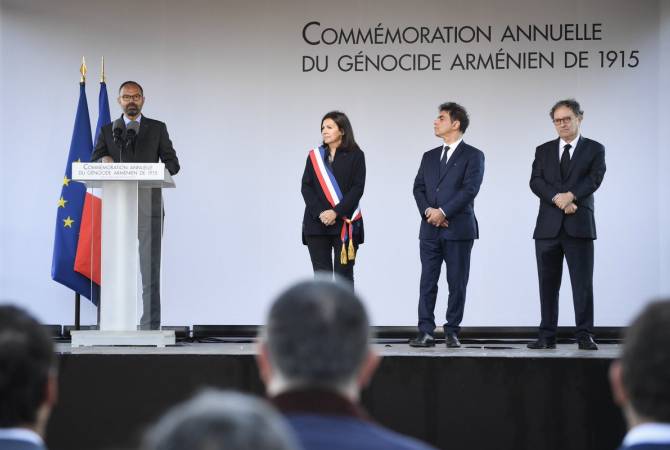 On April 24 the French PM participated in the Armenian Genocide commemoration event held in Paris.

“We strive for historic truth and reconciliation. Armenians have been killed because they were representing a national and Christian minority. Declaring today as an Armenian Genocide Remembrance Day, France is going to have its contribution to the recognition of the Armenian Genocide as a crime against humanity and civilization. I am thinking of all our compatriots with Armenian origin who do not forget about their origins and history. The Armenian Genocide Remembrance Day is a day of peace, it is not being celebrated to damage another nation”, the French PM said.

On April 24 Armenian Genocide commemoration events were held in different French cities by the initiative of the Co-ordination Council of the Armenian Organizations of France (CCAF).

French President Emmanuel Macron declared April 24 as a National Day of Commemoration of the Armenian Genocide.