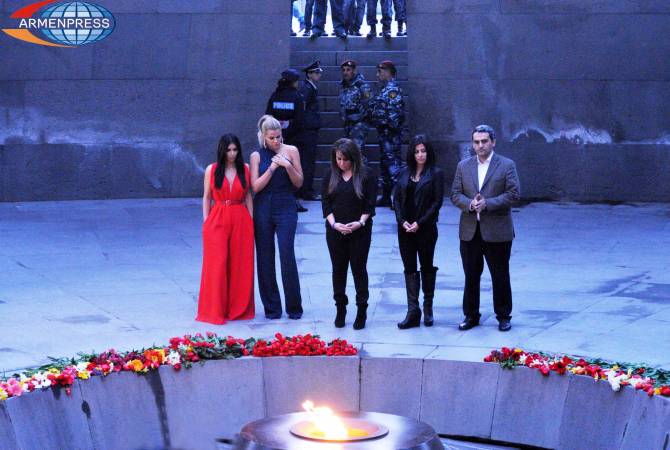 We made a promise we would never forget the Armenian genocide  pic.twitter.com/Q9DWvPpn09

She also re-tweeted The Promise producer Eric Esrailian’s photo from a visit to the Tsitsernakaberd Armenian Genocide Memorial in Yerevan in 2018.

Kim Kardashian and her sisters personally visited the memorial during a trip to Armenia in 2015.

Khloe Kardashian also honored the 104th anniversary of the Armenian Genocide by sharing a quote by Armenian-American writer William Saroyan on Instagram: "Go ahead, destroy Armenia. See if you can do it. Send them into the desert without bread or water. Burn their homes and churches. Then see if they will not laugh, sing and pray again. For when two of them meet anywhere in the world, see if they will not create a New Armenia".