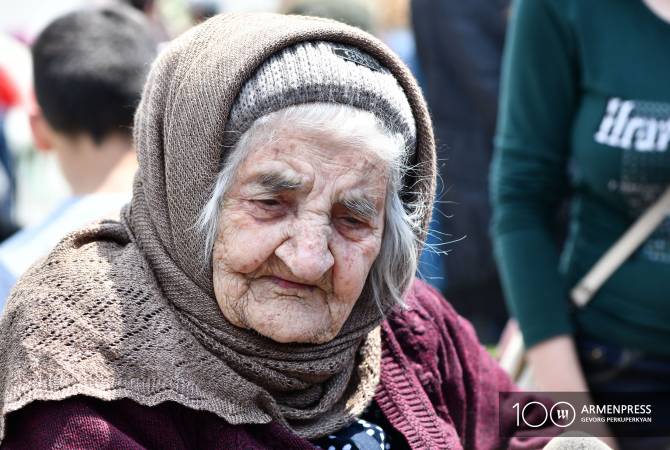 The administration of the memorial had issued a permit to the family of the elderly woman to allow her accompanying vehicle to pass maximally close to the entrance, where she was met by attendants with a wheelchair.

Yepraksya Gevorgyan laid flowers at the Eternal Flame and spoke to reporters afterwards.

“We migrated from Kars to Oshakan, then we went to Ashtarak, Yeghvard, but there was no place to stay there already. Then we went to Gyumri. There, we met Askanaz Mravyan, who took us to a 2-storey home. He told us – live here, make ends meet until we see what happens,” she said.

Gevorgyan was unable to continue telling her story, although she had much to say.