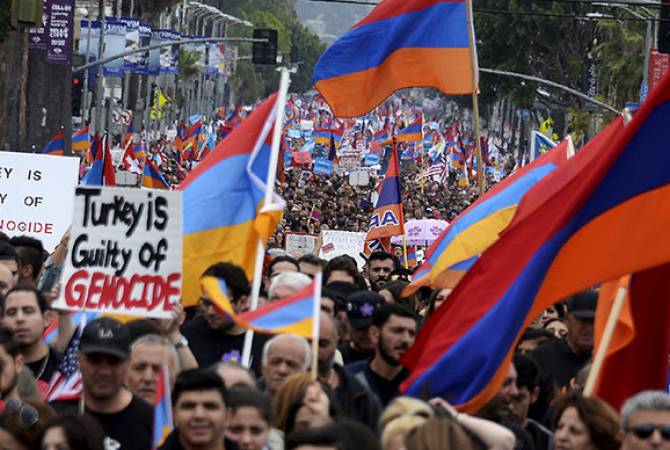 
YEREVAN, APRIL 24, ARMENPRESS. Thousands of people will march through Hollywood and the Mid-City area on April 24 to mark the 104th anniversary of the Armenian Genocide, again calling on Turkey and the United States to officially recognize that it occurred, NBCLosAngeles reports.

Thousands of Armenians and their supporters will gather at 10 a.m. near Hollywood and Hobart boulevards for a march sponsored by Unified Young Armenians.

At 1 p.m., the Armenian National Committee of America Western Region and a variety of other groups will stage a march outside the Turkish Consulate at 6300 Wilshire Blvd. Organizers said the event is staged “to demand justice for the Armenian Genocide” by “bringing Armenian demands directly to Turkey’s official government representative in Los Angeles”.