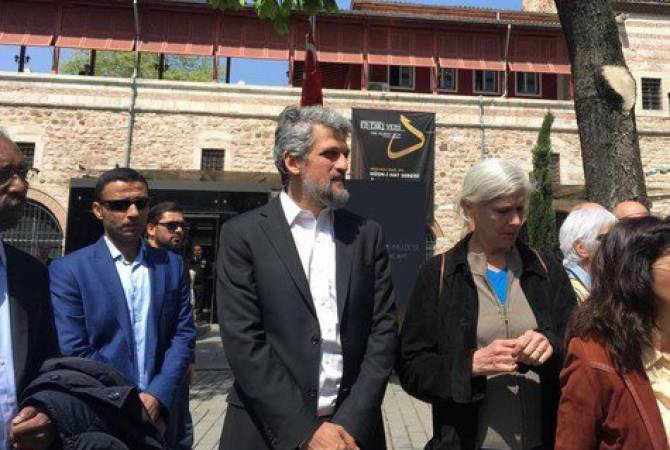 Eren Keskin, co-chair of the Human Rights Association, negotiated with the police to hold the event, but no result was achieved. As a result the event participants gathered in front of the Human Rights Association’s Istanbul Branch Office in Beyoglu. Keskin said they strongly condemn the actions of the police against holding the commemorative event.

Member of the Peoples’ Democratic Party (HDP), ethnic Armenian lawmaker of the Turkish parliament, Garo Paylan noted that the prevention of such event is another proof of a regress of democracy in Turkey.

“For years, there was a will to confront the genocide that took place 104 years before. Nevertheless, they have also taken a step back from this will of confrontation. I am really sorry. Every crime which is not confronted repeats itself and, unfortunately, this crime is also repeating itself today. The great brutality subjected to the Armenian people 104 years ago is being imposed on Kurdish people today”, Garo Paylan said. He urged to confront the historical reality, promising to continue the fight for rights and law.

The commemorative event at the Sultanahmet Square in Istanbul has been organized by the Human Rights Association (İHD) Istanbul Branch and Commission Against Racism and Discrimination.