“I curse the perpetrators of the Armenian Genocide” – Garo Paylan 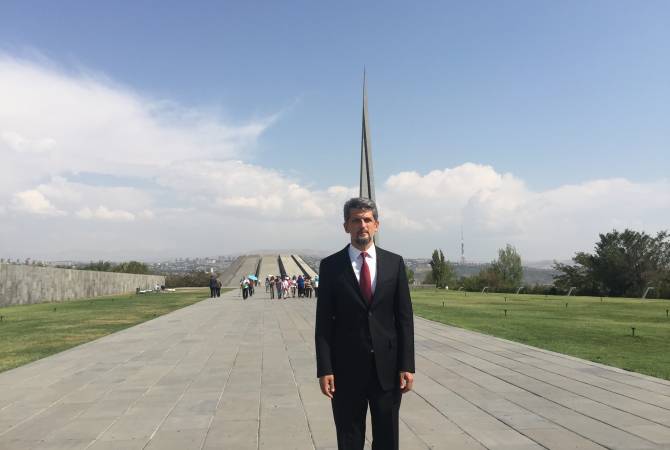 
YEREVAN, APRIL 24, ARMENPRESS. Turkish-Armenian Member of Parliament of Turkey Garo Paylan (pictured above in an earlier photo in Yerevan) issued a statement on Facebook, saying: “I curse the perpetrators of the Armenian Genocide”.

Paylan, a staunch supporter for the recognition of the Armenian Genocide by Turkey, was among those demonstrators today on April 24 in Istanbul who wanted to carry out a commemoration event at a square, but were blocked by local police.

Along with the Facebook statement, he posted Faik Ali Ozansoy’s photo – the man who served as Governor of Kütahya during the Armenian Genocide and who refused to obey orders of the Ottoman government on deporting and massacring the Armenian population.

“I respectfully bow before all those who at the cost of their lives refused to carry out the genocide order, in person of Kütahya Governor Faik Ali Ozansoy”, Paylan said.