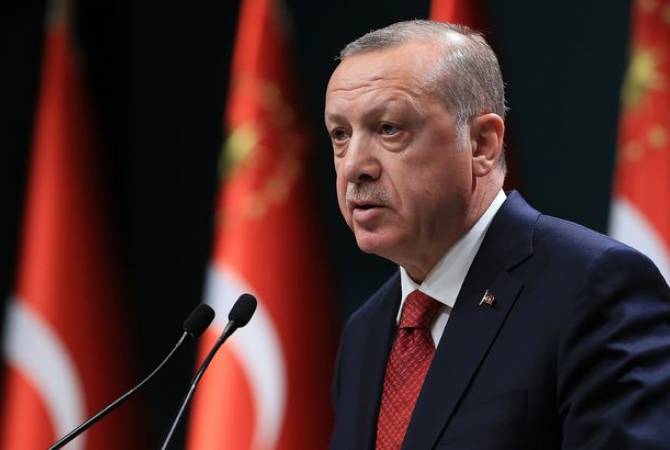 
YEREVAN, APRIL 24, ARMENPRESS. As Armenians around the world are marking the 104th anniversary of the Armenian Genocide committed by the Ottoman Empire, the successor of the perpetrator, Turkey, once again unsurprisingly denied that the crime has ever taken place.

President of Turkey Recep Tayyip Erdogan was speaking at a conference dedicated to Turkish archives when he began angrily addressing the matter.

He started by claiming that Armenians where the ones who were massacring Muslims during the years of World War I, and that in such conditions “the deportation of Armenian gangs and their supporters was the most reasonable thing to do”.

Maintaining the traditional Turkish negation, Erdogan said that the Turkish archives contain a large number of documents and that researchers must study these documents before politicians can make statements.

Speaking about the recent announcement of French President Emmanuel Macron on declaring April the 24th a National Day of Commemoration of the Armenian Genocide annually in France, an angry Erdogan said: “To all those, who try to teach us lessons on human rights regarding the Armenian issue, we are forced to every time remind them of their own bloody past”.