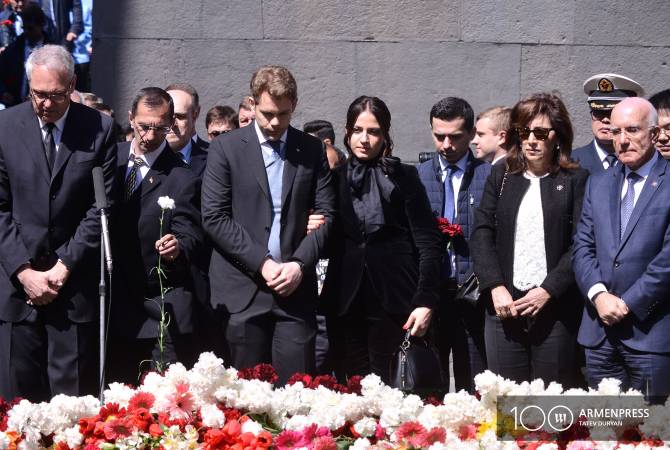 Nicolas Aznavour told reporters that he visited here on behalf of his whole family. “I call on everyone to come and be here not only on the remembrance day of the Genocide. I call on to launch new projects in Armenia, help making the country more prosperous”, he said.

Asked what he felt while approaching to the Eternal Flame, Nicolas Aznavour said: “I felt what I felt while standing by my father. I felt that he is with us today, like all people who came here to pay tribute to the memory of the Armenian Genocide victims. I think his desire would be for me to be here today on behalf of my whole family”.