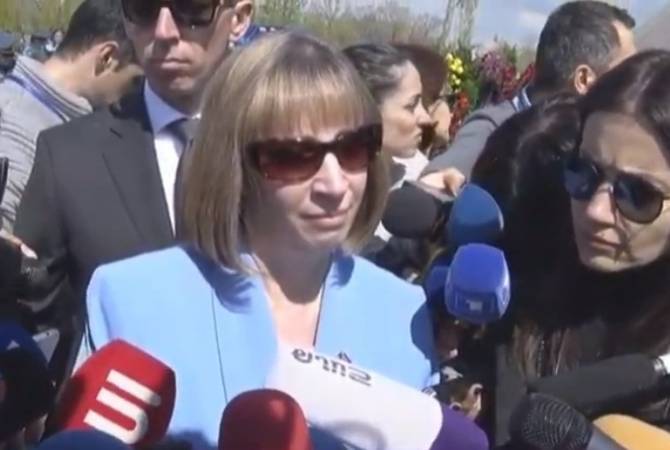 “The United States does not deny historical facts and the fact is that what took place in 1915 was one of the worst mass atrocities of the 20th century. But we remain encouraged by the resiliency of the Armenian people. And I think that’s also what today is about,” she said.

“I am very much focused on this day of remembrance. I’ve been taking inspiration from the courage of the  Armenian people who overcame at time of great adversity,” the ambassador added.

“In the US we are very grateful to the Americans of Armenian heritage who have contributed so much to the United States and American society”, she continued.