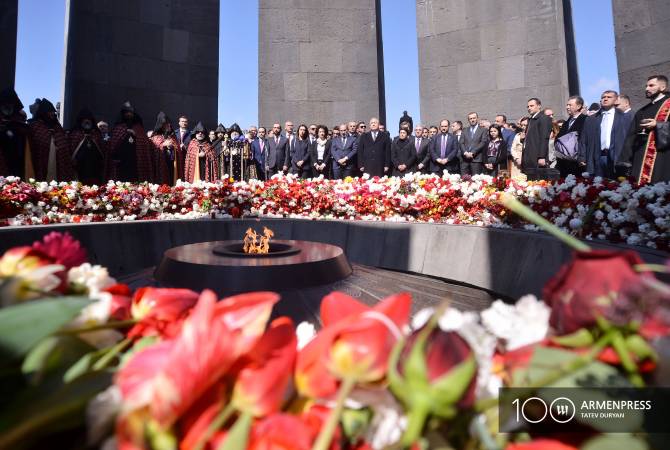 
YEREVAN, APRIL 24, ARMENPRESS. President Armen Sarkissian and Prime Minister Nikol Pashinyan visited the Tsitsernakaberd Memorial in the morning of April 24 to pay tribute to the memory of the Armenian Genocide victims. The president and the prime minister were accompanied by their spouses.

The Guard of Honor ceremonially placed wreaths near the entrance to the Eternal Flame and President Sarkissian, Prime Minister Pashinyan and Speaker Mirozyan bowed before them.

They then laid flowers near the flame, after which a moment of silence was held in memory of the victims of the Armenian Genocide. The Armenian Church leader Garegin II delivered a prayer.

Thousands of visitors are already seen near the memorial.