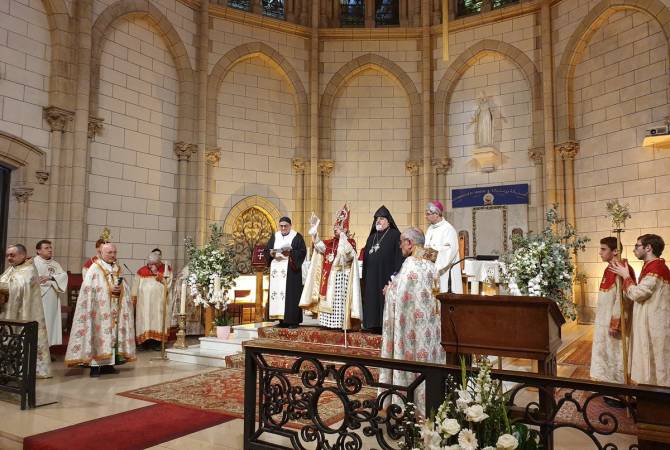 
YEREVAN, APRIL 23, ARMENPRESS. A divine liturgy has been held at the Cathedral Notre-Dame-du-Liban in Paris in honor of the Armenian Genocide victims, Ambassador of Armenia to France Hasmik Tolmajian tweeted.

Notre-Dame-du-Liban is a Maronite Church in the French capital.

“A divine liturgy has been served in Paris at the Cathedral Notre-Dame-du-Liban of Paris dedicated to the 104th anniversary of the Armenian Genocide and in commemoration of the 1,5 million victims,” Tolmajian said.