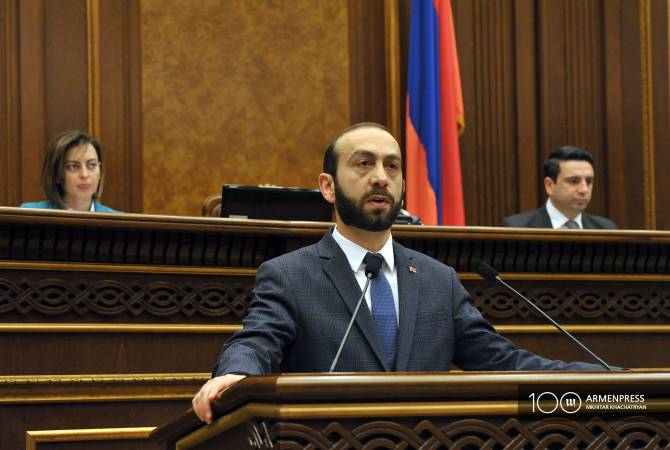 
YEREVAN, APRIL 22, ARMENPRESS. Speaker of Parliament Ararat Mirzoyan reassures that being someone’s friend or relative cannot impact the investigation or court verdict of the given person’s case in new Armenia.

The Speaker was commenting on the indictment of State Oversight Director Davit Sanasaryan.

“I will refrain from any comments taking into account that an investigation is underway. Davit Sanasaryan is my friend, but this doesn’t matter: in new Armenia, being someone’s friend, relative or family member cannot have impact on the investigation process and the verdict,” Mirzoyan said.

On April 18, the NSS filed criminal charges against Sanasaryan in an ongoing investigation that began on February 20 against other State Oversight Service officials suspected in corruption.

The NSS said Sanasaryan abused his powers and meddled into procurement processes that would benefit a private company that is de-facto controlled by his own staffers.

Sanasaryan is currently on bail and is banned from leaving the country.

Pashinyan however said he will not fire Sanasaryan in respect to presumption of innocence.