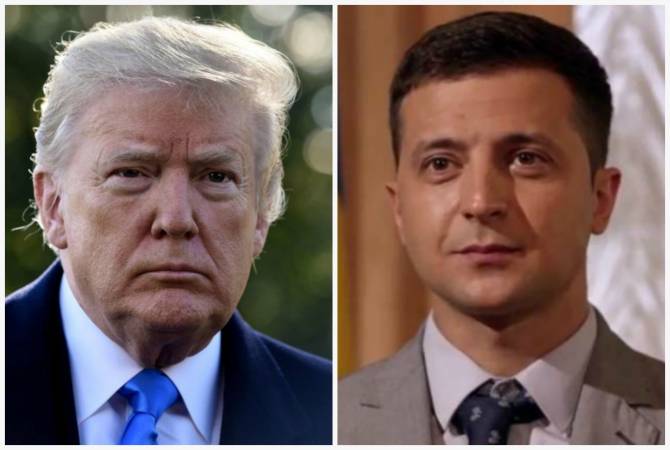 
YEREVAN, APRIL 22, ARMENPRESS. US President Donald Trump on April 21 congratulated Vladimir Zelensky on his victory in the Ukrainian presidential election during a telephone conversation, the White House said in a statement.

“President Donald Trump called today Vladimir Zelensky to congratulate on his victory in the Ukrainian presidential election and considered the election an important stage in the history of Ukraine, highlighting their peaceful and democratic nature”, the statement said. Trump also highlighted the “US determined support to Ukraine’s sovereignty and territorial integrity and expressed readiness to work jointly with the president-elect and the Ukrainian people to carry out reforms that will strengthen democracy, raise the welfare level and eradicate corruption in the country”.

Vladimir Zelensky is leading in the runoff stage of the Ukrainian presidential election with 73.01% of the vote after Ukraine’s Central Election Commission has counted 50% of electoral ballots, the commission informed on Monday. Poroshenko has received 24.65% of the vote, TASS reported.