Wounded Armenian de-miner returns to Yerevan after recovery in Moscow 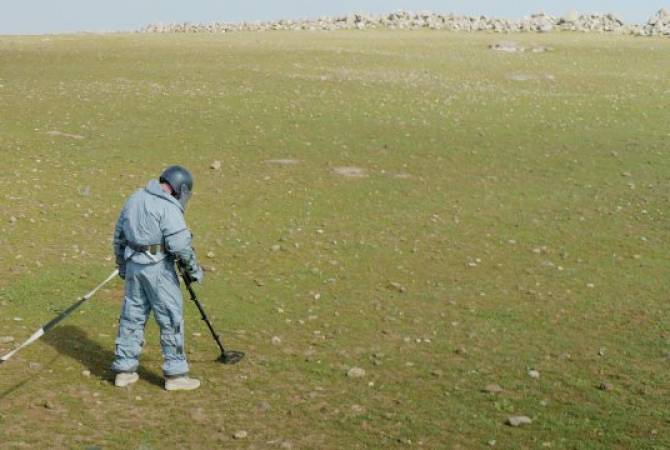 
YEREVAN, APRIL 19, ARMENPRESS. An Armenian de-miner, who was wounded during the humanitarian mission in Syria, has returned to Armenia, PR manager at the Center for Humanitarian Demining and Expertise Nazeli Elbakyan told Armenpress.

She informed that the de-miner has undergone two surgeries after being transported to Moscow from Syria, but he has recovered and returned to Yerevan.

Elbakyan added that the de-miner is in normal condition.

An Armenian de-miner has been wounded on March 7 during Armenia’s humanitarian mission in Syria.

A group consisting of humanitarian de-miners, doctors and Armenian specialists ensuring their safety, a total of 83 people, arrived in Syria’s Aleppo on February 8 aimed at providing professional humanitarian support to the Syrian people.