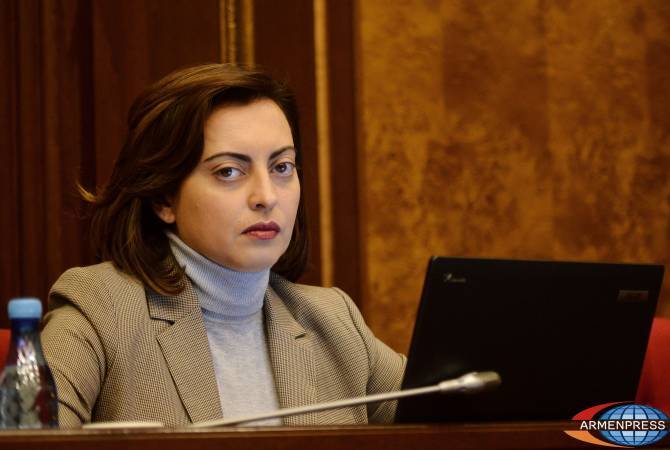 
YEREVAN, APRIL 19, ARMENPRESS. Vice Speaker of Parliament of Armenia, member of the ruling My Step faction, Lena Nazaryan, rules out that a political persecution can be carried out against any official under their leadership, reports Armenpress.

Commenting on the rumors according to which the charge pressed against head of the State Oversight Service Davit Sanasaryan is a political persecution, the Vice Speaker told reporters: “In fight against corruption we do not divide people into relatives and foreigners. Investigation is underway, and we need to wait until it ends. I rule out that there can be a political persecution against any official in new Armenia, and also rule out that any official will remain unpunished if found guilty”.

Head of the State Oversight Service Davit Sanasaryan has been charged for abuse of power on April 18. A signature on not leaving has been used as a precautionary measure. The investigator made a decision to temporarily suspend Sanasaryan’s powers. The decision has been sent to the Office of the Prime Minister.