Conference on Armenian Genocide held in Chamber of Deputies of Italy 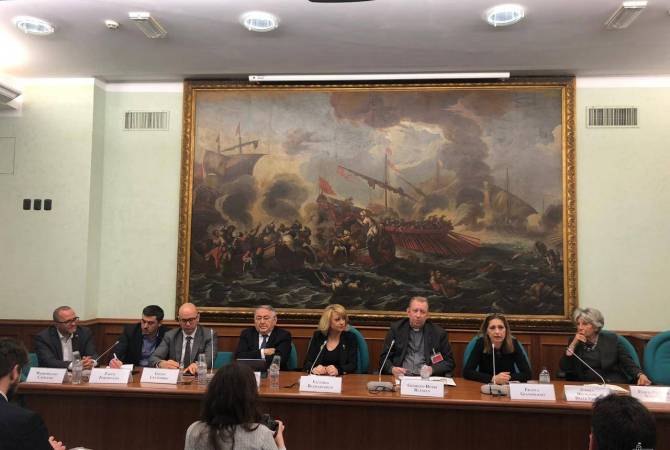 
YEREVAN, APRIL 17, ARMENPRESS. Conference entitled “Mets Yeghern: A Century after the Armenian Genocide” was held in one of the halls of the Chamber of Deputies of Italy on April 16 organized by the members of the Italy-Armenia parliamentary friendship group, the Armenian foreign ministry told Armenpress.

Armenian Ambassador to Italy Victoria Baghdasaryan delivered welcoming remarks at the conference and thanked the Deputies for the adoption of the decision on the recognition of the Armenian Genocide in the Chamber of Deputies on April 10. The Ambassador stated that the process of international condemnation and recognition of the Armenian Genocide continues which must be a serious signal that the denialist behavior on this matter has no place in the value system of the 21st century.

She added that by this step the Italian side reaffirmed its commitments assumed by the UN Convention on Prevention and Punishment of the Crime of Genocide and determination to the universal values.

A number of Italian political, scientific and cultural representatives delivered speeches at the conference, highlighting the importance of the adoption of the Armenian Genocide recognition decision which will contribute to raising awareness on the Genocide among the Italian public and political circles and preventing similar crimes in the future.