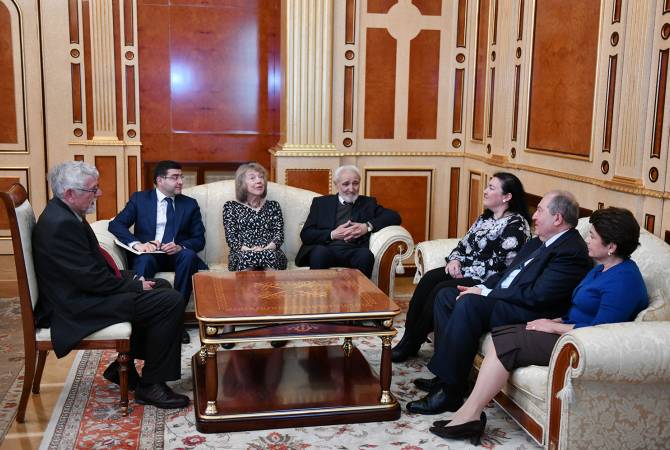 During the meeting President Sarkissian highly appreciated the work of the publishing house and attached importance to the publication and dissemination of translated Armenian literary works all over the world.

The representatives of the publishing house stated that they are greatly impressed with Armenia, its culture and literary heritage.

Touching upon the publication of the Armenian and English versions of the book Requiem of Razmik Davoyan by the Arc Publications, the Director and the Editor of the publishing house stated that this is going to be a key step for further acknowledging the Armenian Genocide and history around the world.

Arc Publications, also known as Arc, is an independent publishing house in the UK, publishing contemporary poetry from new and established writers from the UK and abroad, specializing in the work of international poets writing in English and the work of overseas poets in translation.