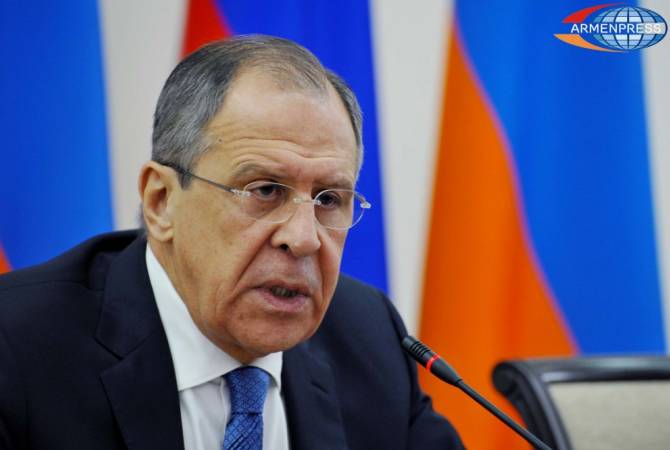 
YEREVAN, APRIL 17, ARMENPRESS. Moscow thinks that the recent agreements reached between Yerevan and Baku over the settlement of the Nagorno Karabakh conflict will not remain on the paper, Russian foreign minister Sergey Lavrov said on April 17 during a joint press conference with his Serbian counterpart, reports TASS.

“Based on the results of the April 15 meeting of the Armenian and Azerbaijani foreign ministers in Moscow, feeling the atmosphere where the work is currently being carried out, I have grounds to suppose that both Baku and Yerevan are interested in that this time these agreements do not remain on the paper”, Lavrov said. “We will support this”, he added.

On 15 April, the Foreign Ministers of Russia, Azerbaijan, and Armenia – Sergey Lavrov, Elmar Mammadyarov, and Zohrab Mnatsakanyan – held a working meeting in Moscow at the initiative of the Russian side. The Co-Chairs of the OSCE Minsk Group (Igor Popov of the Russian Federation, Andrew Schofer of the United States of America, and Stéphane Visconti of France), as well as Personal Representative of the OSCE Chairperson-in-Office Andrzej Kasprzyk, joined the meeting. A joint statement was adopted following the meeting. The Foreign Ministers emphasized their interest in the further stabilization of the situation in the conflict zone, in particular during agricultural activities. They also agreed to take measures, on a mutual basis, to allow families to have access to their relatives held in custody in the respective detention centers of the parties. The Ministers expressed their willingness to start concrete work on establishing contacts between people, including through mutual visits of media representatives.