Salaries of police officers increases by an average of 20% - Pashinyan 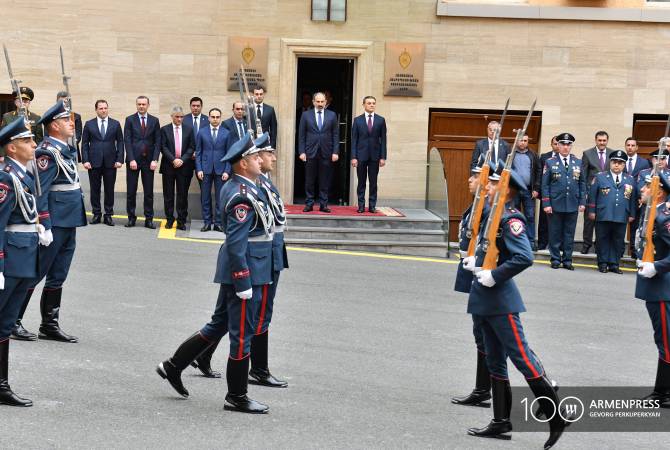 “The video of April 16 of last year shows that by standing before the barbed wire I have clearly promised that the salaries of the police officers will increase.

I want to state that this promise is already implemented, and the salaries of police officers rose by an average of 20%.

In addition, thanks to the new bonus system, some police officers currently receive salaries that are two, three times higher from their wages. This in the case when concrete crimes are being discovered thanks to their efforts”, the PM said.

He also reminded that the salaries of employees of outpatient clinics have also increased by 30%, the wages of nearly 208.000 people rose starting from July 1, 2018 as a result of the changes made in the accumulative pension system. The salaries of military officials will rise starting from July 1, 2019 and that of teachers will increase on September 1, 2019. The pensions and benefits of 82.000 people have also increased.

“The revenue part of the state budget has been overfulfilled by 4% in the first quarter, the number of registered employees increased by nearly 50.000 which comprises about 9% of the labor market. I will soon touch upon all my promises and their implementation process”, the PM said.