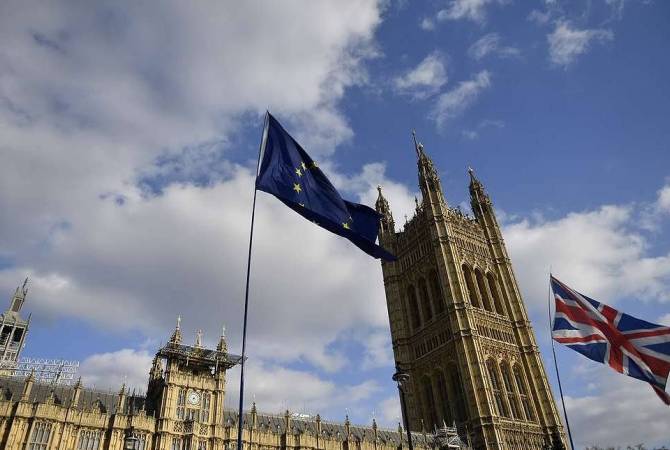 
YEREVAN, APRIL 11, ARMENPRESS. EU leaders have agreed to delay Brexit until October 31 and to discuss the situation again during the upcoming June summit.

Speaking after announcing an agreed extension until October 2019, Tusk says the "course of action will be entirely in the UK's hands."

"I think it's always better to have a piece of something than a lot of nothing," Tusk adds in response to a question about whether enough progress can be achieved in six months.

The review in June is "only to update us on the progress" regarding the ratification process. "June is not for decision about extension," he adds. "My intention is not to discuss but only to inform he member states about the current situation."

"The choices we now face are stark and the timetable is clear," British Prime Minister Theresa May told an early-morning news conference in Brussels.

"I'm clear that we should all be working now in the UK to make sure that we can find a way forward in Parliament ... to ratify the Withdrawal Agreement," she adds.