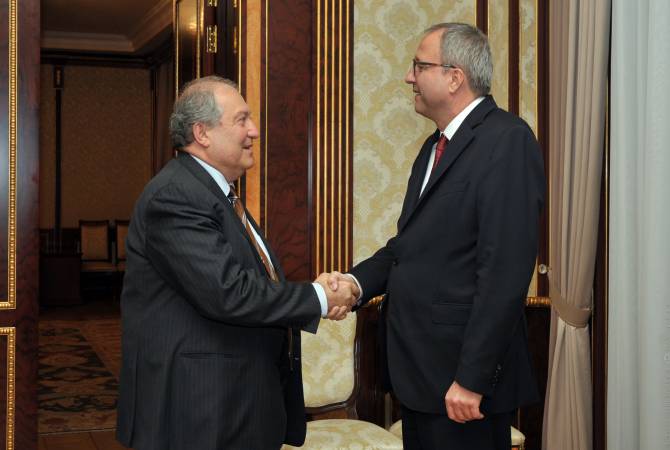 
YEREVAN, APRIL 5, ARMENPRESS. President of Armenia Armen Sarkissian met with President of the Federal Constitutional Court of Germany Andreas Voßkuhle and the delegation led by him, the Armenian President’s Office told Armenpress.

During the meeting President Sarkissian highly valued the role of Germany and its experts in implementation of reforms of the legislative field in Armenia.

The officials highlighted the continuation of cooperation between Armenia and Germany not only in legal platform, but also in scientific, educational and economic sectors. They stated that there is a huge potential to expand the relations and deepen the cooperation between the two countries.