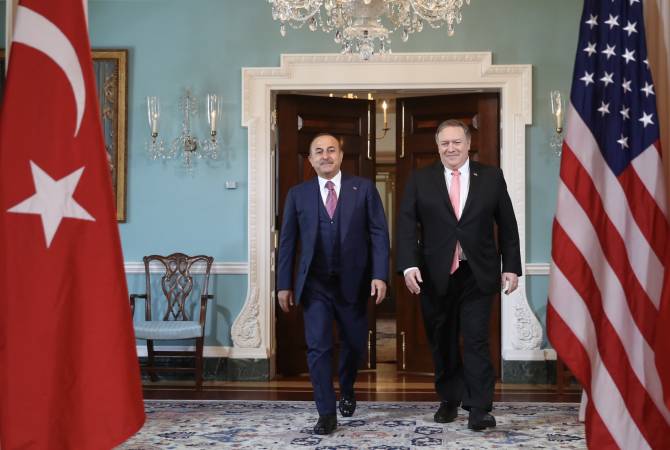 According to a readout of the meeting by Deputy Spokesperson of the State Department Robert Palladino, during the meeting Pompeo expressed support for ongoing negotiations regarding northeast Syria, while warning of the potentially devastating consequences of unilateral Turkish military action in the region.

Secretary Pompeo called for the swift resolution of cases involving unjustly detained American citizens, including Serkan Golge, as well as local staff from the U.S. Mission in Turkey.

The potential economic opportunities between Turkey and the United States were also a focus of the discussion, according to the readout.