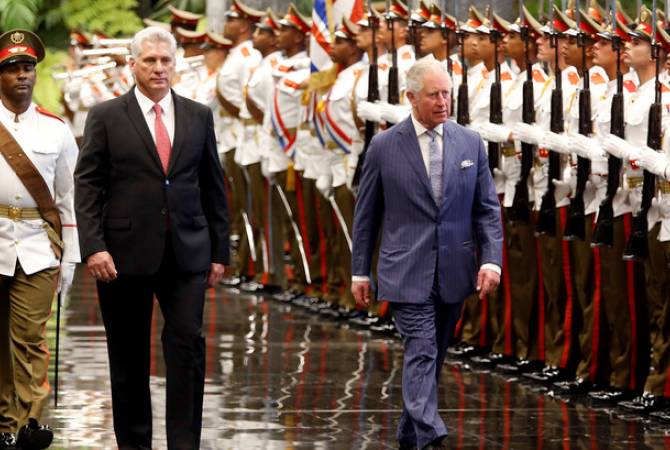 During the first day of the visit, before meeting Diaz-Canel, Charles and Camilla walked around the city’s colonial center, unveiled a statue of British playwright Shakespeare and visited the dance studio of former Royal Ballet star Carlos Acosta.

The three-day trip aims to strengthen British-Cuban ties as part of a broader normalization of the island’s relations with the West, even though the Trump administration has sought to unravel a detente between Cuba and the United States.

Washington is also increasingly blaming Cuba for the crisis in its leftist ally Venezuela.

“We are honored to receive them and show them with pride the nation we are,” Diaz-Canel, who replaced Raul Castro as president last April, wrote in a tweet on Monday. “The visit expresses the good state of our relations.”