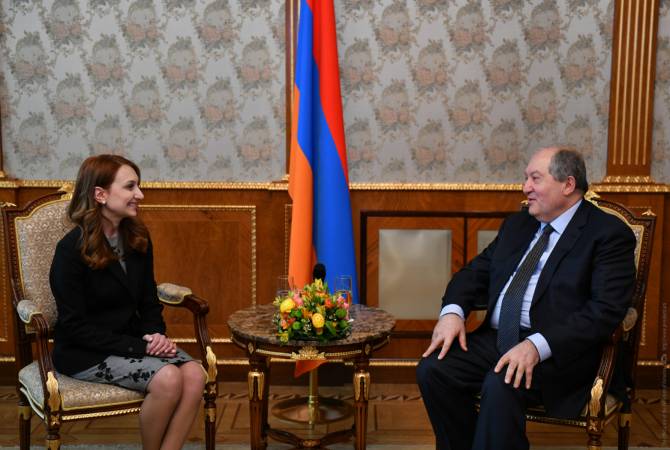 
YEREVAN, MARCH 25, ARMENPRESS. Armenian President Armen Sarkissian has initiated series of meetings with the factions of the Parliament, the President’s Office told Armenpress.

On March 25 the President met with head of the ruling My Step faction Lilit Makunts and faction secretary Hakob Simidyan.

Lilit Makunts introduced the priority directions of the faction’s activity, as well as the details and agreements reached during the recent official visit of the Speaker of Parliament and his delegation to Germany.

The President and the lawmakers also touched upon the activities of the Parliament, including in the international platforms, the inter-parliamentary ties, as well as issues relating to science and education.

Armen Sarkissian expressed readiness to cooperate with the Parliament and assist its activities within the powers granted to him by the Constitution.