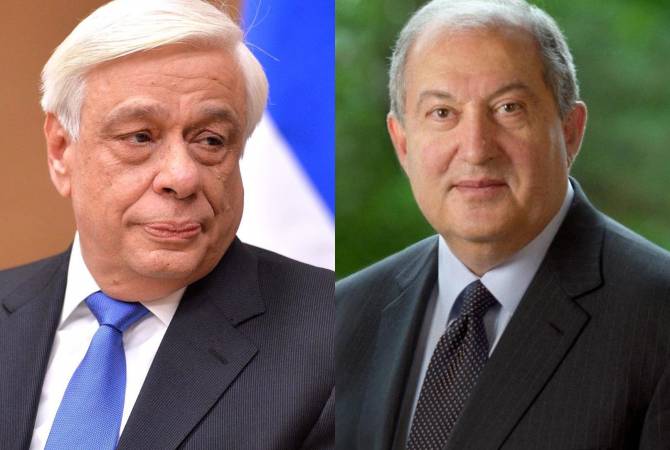 In the cable sent to Pavlopoulos, Sarkissian expressed conviction that the existing productive partnership between Armenia and Greece will be continuous, serving to the progress and prosperity of the two countries’ peoples.

Greek Independence Day is celebrated on the 25th of March commemorating the Greek War of Independence, also known as the Greek Revolution waged by Greek revolutionaries against the Ottoman Empire between 1821 and 1830.