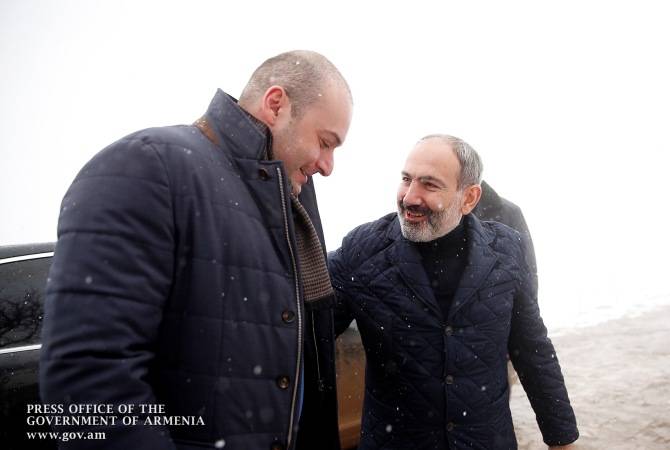 Addressing various issues of Armenian-Georgian relations, the sides touched upon other topics of mutual interest.

Stressing the importance of Armenian-Georgian relations, Nikol Pashinyan and Mamuka Bakhtadze expressed confidence that enhancing cooperation will promote multifaceted exchanges between the two neighboring and friendly states in a number of areas. In this context, the parties emphasized the importance of frequent informal meetings.

Pashinyan and Bakhtadze had another informal meeting as early as in January in Bolnisi, Georgia.