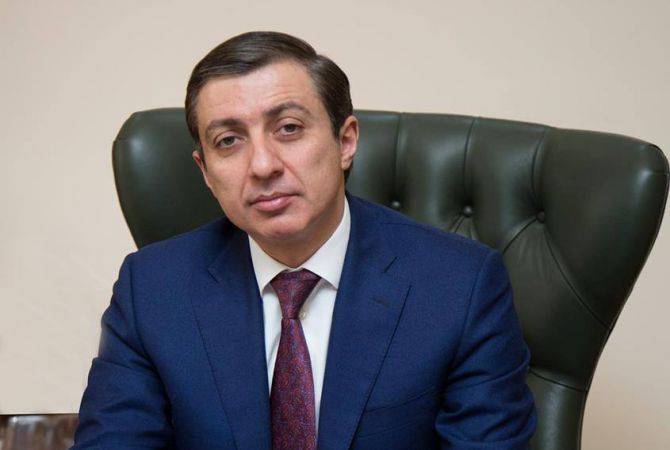 
YEREVAN, MARCH 22, ARMENPRESS. Former Armenian lawmaker and former Chief Compulsory Officer of Judicial Acts (chief bailiff) Mihran Poghosyan has been summoned to appear at a questioning by the Special Investigative Service (SIS) amid an ongoing investigation regarding his involvement in offshore companies in Panama, SIS spokesperson Marina Ohanjanyan told ARMENPRESS.

Ohanjanyan said Poghosyan has failed to appear for questioning earlier when authorities had once again summoned him. Poghosyan had claimed he was abroad.

“Poghosyan suggested being questioned online, which has been rejected because this kind of a process isn’t envisaged by law. The investigative body has once again summoned Poghosyan for questioning, recommending to mention the date of his return to Armenia,” she said.

The SIS did not provide other details at the moment.

Armenian authorities have confirmed reports that they have re-opened the criminal case into former MP Mihran Poghosyan’s involvement in offshore companies. The information first emerged in the Panama Papers scandal when Poghosyan was serving as Chief Compulsory Officer of Judicial Acts of Armenia.

In his capacity of Chief Compulsory Officer of Judicial Acts, Poghosyan, a Justice Major General, was overseeing the enforcement of court rulings in Armenia.  As a lawmaker, he was serving in parliament within the former ruling party, the Republican Party (HHK).

The initial criminal case was dropped by the Special Investigative Service in 2017.

Poghosyan resigned as Chief Compulsory Officer of Judicial Acts in 2016 when the Panama Papers reports including his name emerged. He nevertheless continued denying wrongdoing.

Poghosyan allegedly has shares in three companies registered in Panama. The initial criminal case was opened on illegal business activities.